One of the next technological revolutions on the horizon is the emerging platform of the Internet of Things (IoT). The core of its promise is a world where household appliances, cars, trucks, trains, clothes, medical devices and, much more would be connected to the internet via smart sensors capable of sensing and sharing information.

As its presence in our lives grows, the Internet of Things (IoT) will be fundamental to most things we see, touch, and experience—UX design will play an important, if not essential, role in that advancement. 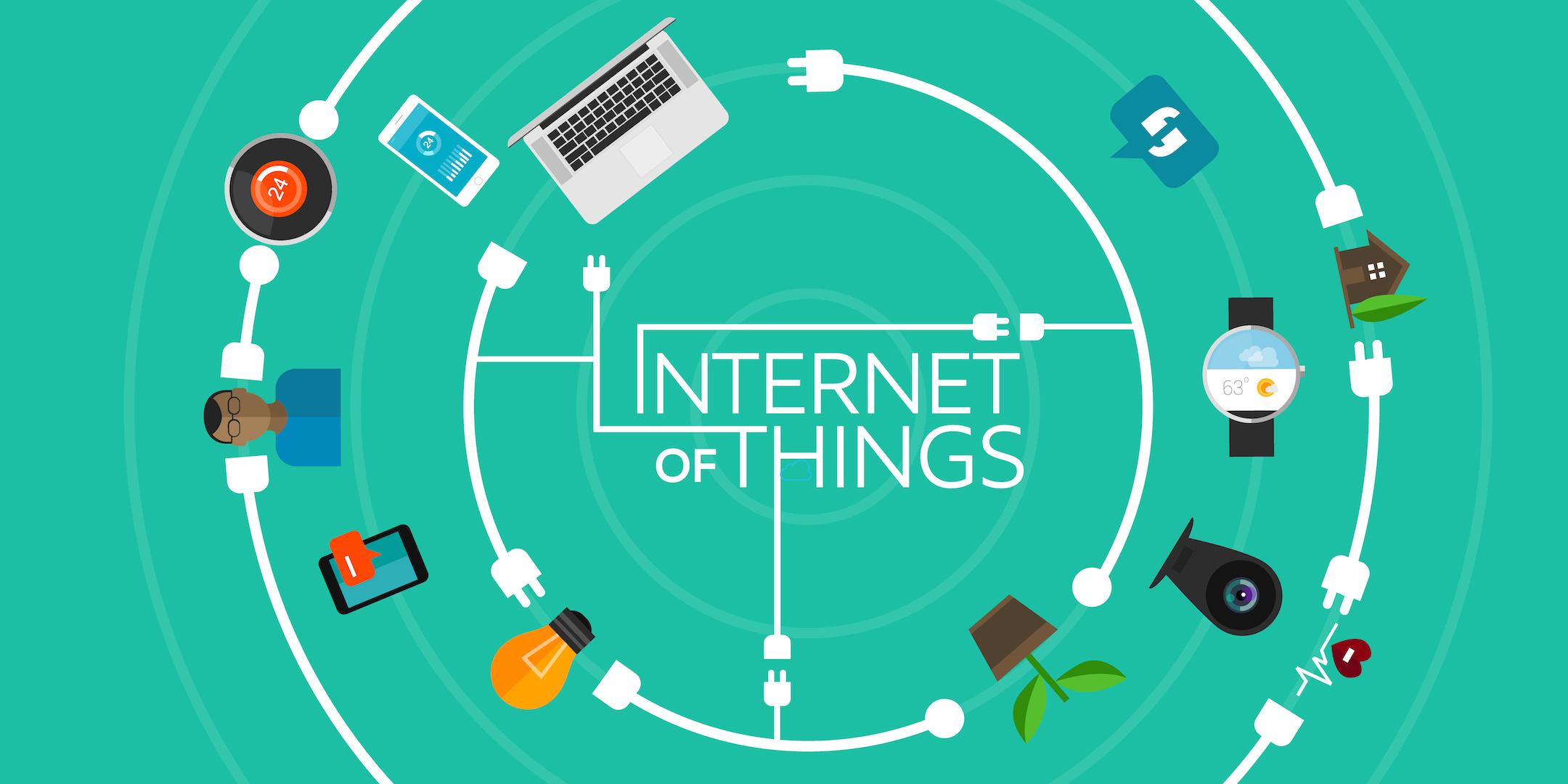 From healthcare to transportation—from retail to industrial applications, companies are constantly searching for new ideas and solutions in order to create new experiences, deliver greater value to customers, and make people’s lives easier and more efficient.

If you think you don’t know what IoT is, you’ve probably already experienced it and just didn’t realize what it was. Home automation hubs like Google’s Home and Amazon’s Alexa, the Nest Learning Thermostat, Philips Hue lightbulbs, Samsung SmartThings, Amazon Go, and fridges that monitor their contents all fall into the IoT category. 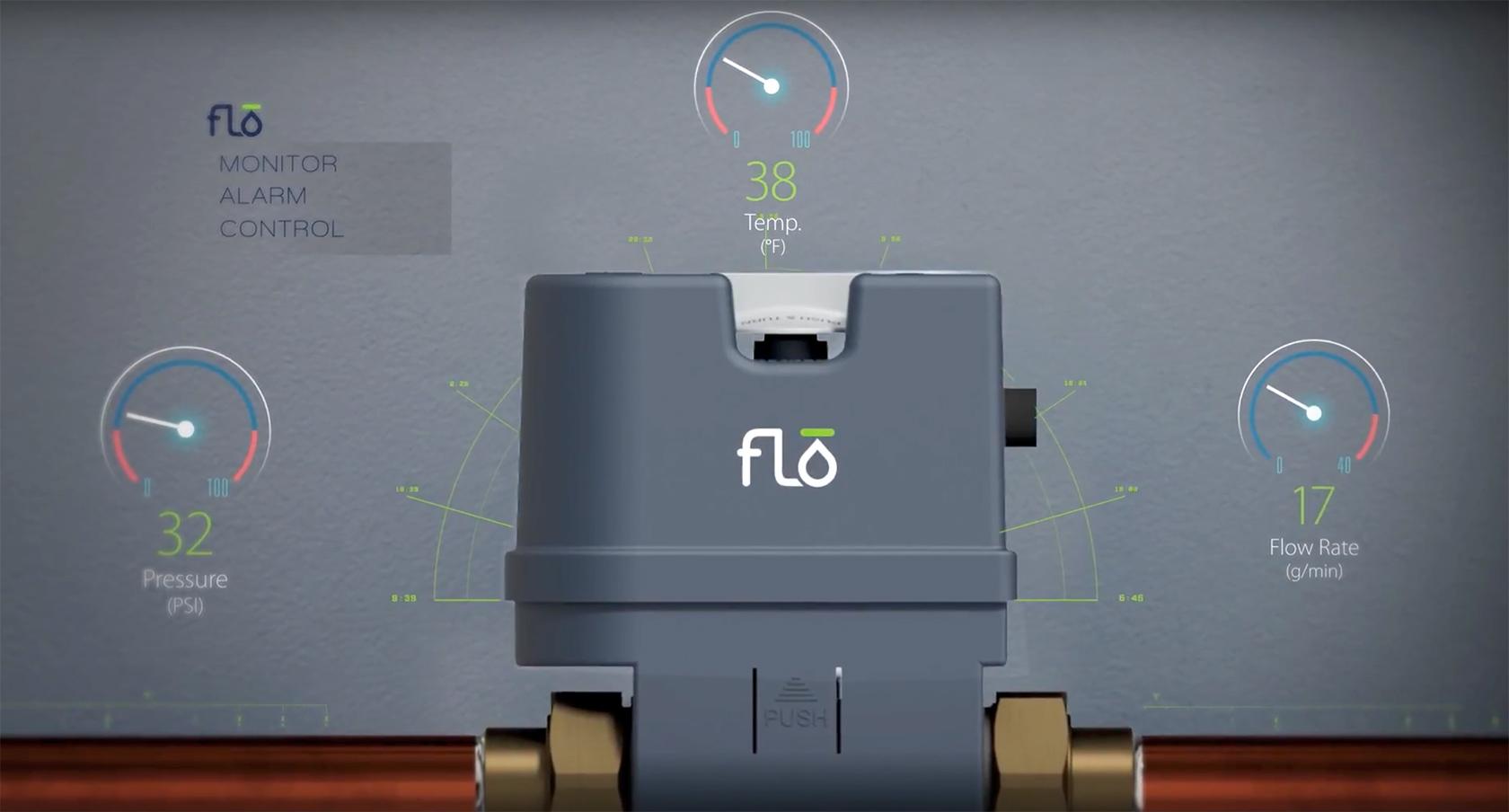 The next wave of IoT will connect millions of devices across the globe and make homes, cities, transportation, and factories smarter and more efficient. Real-time data produced by hundreds of IoT sensors will change the way businesses operate and how we see the world.

The skills needed in this new paradigm will shift from component thinking to whole systems thinking; from one screen to multiple touch-points. Most IoT systems will be connected to an app, but this will eventually evolve into a multi-interface world, some of it yet to be invented.

Designers must adapt to new technologies and paradigms or risk becoming irrelevant. Experiences that we design for are shifting dramatically—think AI, VR, AR, MR, IoT, and any combination thereof.

Utilizing live streaming data collected from millions of sensors, designers will be tasked with crafting experiences turning that data into something useful via an interface (a mobile app, smart TV, smart mirror, smartwatch, or car dashboard).

There will be huge opportunities for designers in the industrial Internet of Things. Organizations of all types and industries are investing heavily in this space, making IoT growth projections astronomical—to the tune of 50 billion connected devices by 2020. 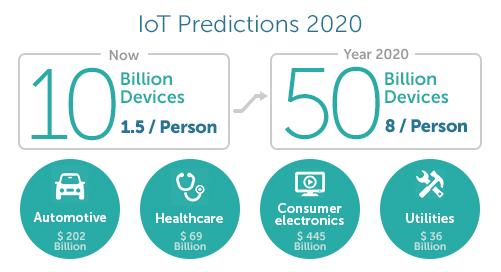 An example of an IoT ecosystem available today is an internet connected doorbell that has a video camera, speaker, microphone, and motion sensor. When a visitor either rings the doorbell or comes near the front door, the owner receives a notification on their mobile via the app. The owner is able to communicate with the visitor via the speaker and microphone; they can let the visitor in via a remote controlled door lock or instruct a delivery person to leave the package somewhere safe. 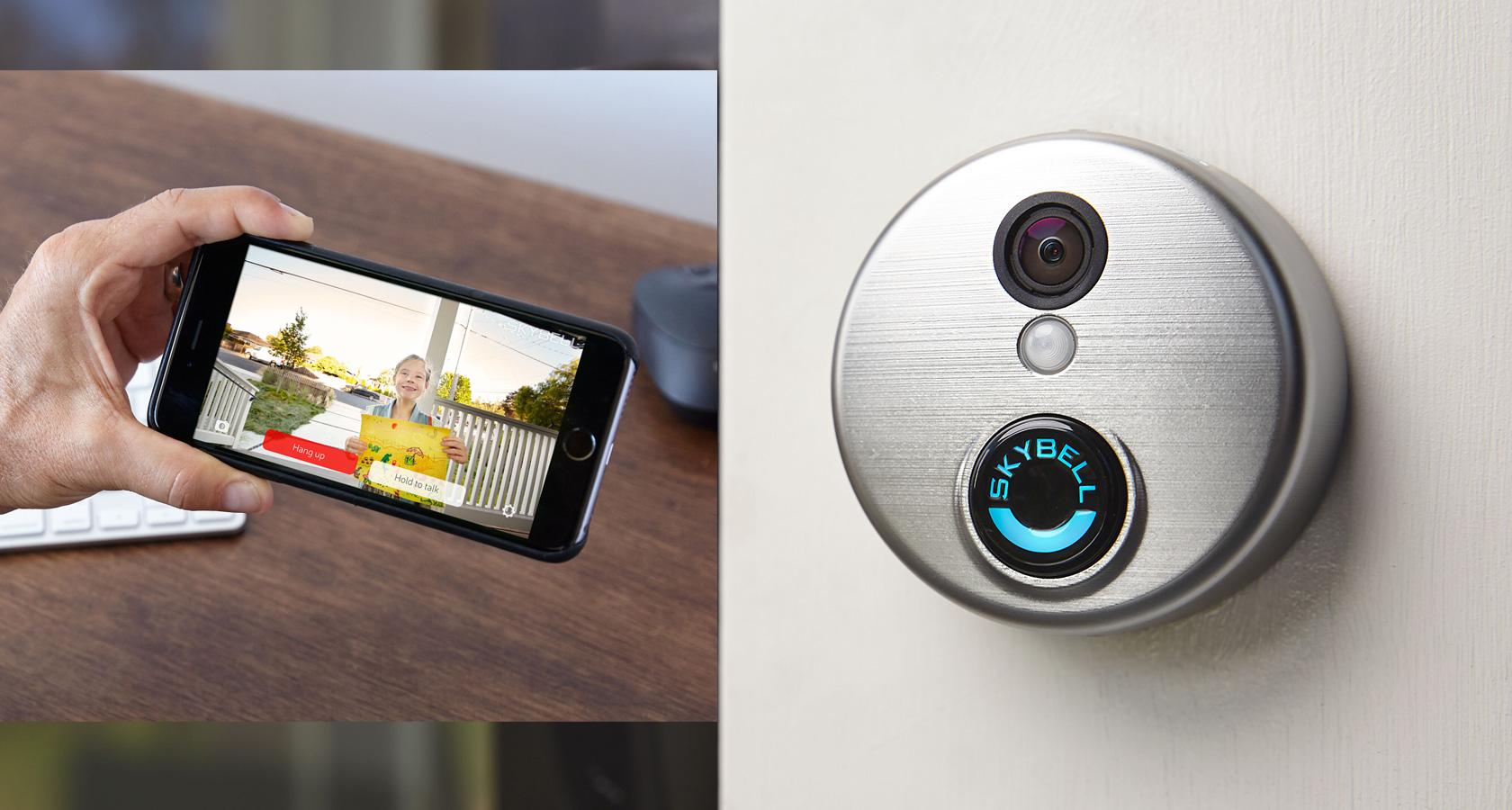 SkyBell is a smart video doorbell that allows you to see, hear, and speak to the visitor at your door whether you’re at home, at work, or on the go.

Another example is Nanit—a connected baby monitor with computer vision. It has real-time HD video with night vision, plus temperature and humidity sensors. It’s app gives you access to recorded and live HD video streams and smart notifications.

These new experiences will require new modes of interaction—modalities yet to be designed. Touch will evolve and expand. Gestures and physical body motion will become a more natural way of interacting with the digital world around us.

The IoT space is ready for exploration and designers need to investigate the potential human interaction models, how to design for them and find ways to unlock value. The focus will no longer be on singular experiences, but instead those that represent a broader ecosystem. 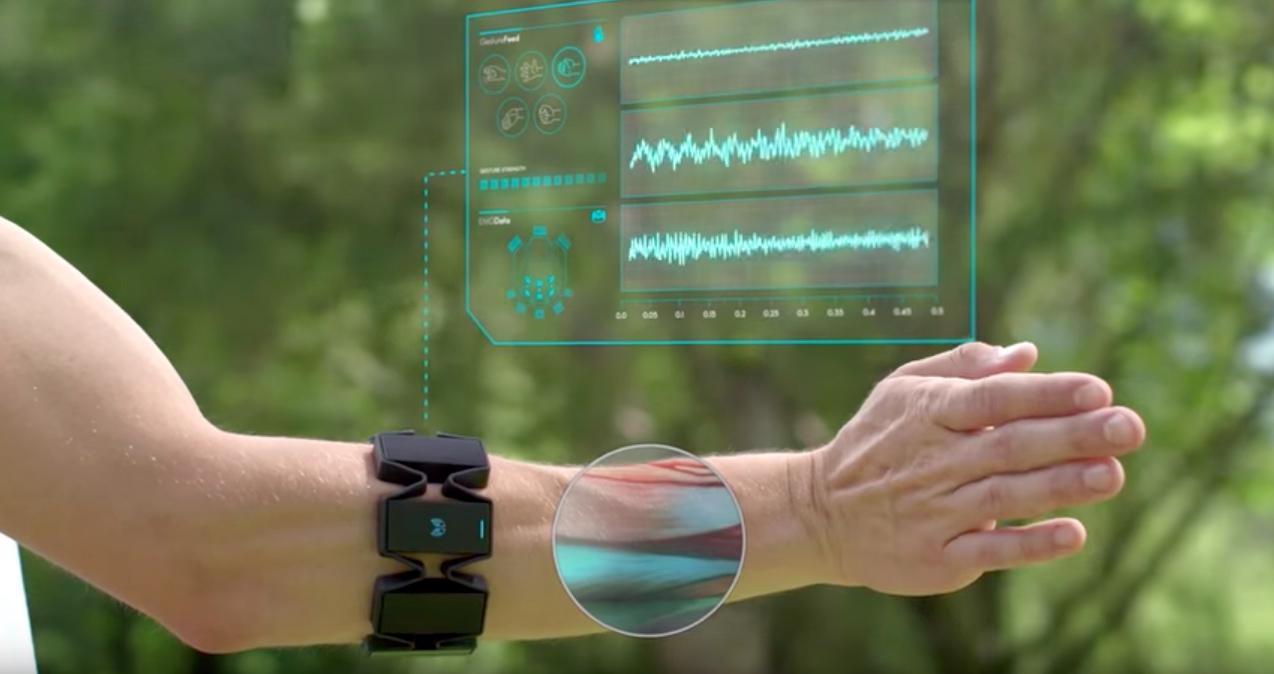 Designers will become involved during every stage of the design process as it will become more about designing the entire product experience.

They will need to share creative authority during the whole development cycle and effectively influence the outcome of the end product, working in collaboration with an industrial designer—for example, on what that IoT doorbell looks like, how it works, the video and sound between the two parties, and the unlocking and locking of the door.

Five Critical Aspects for Designers to Consider in the IoT Era 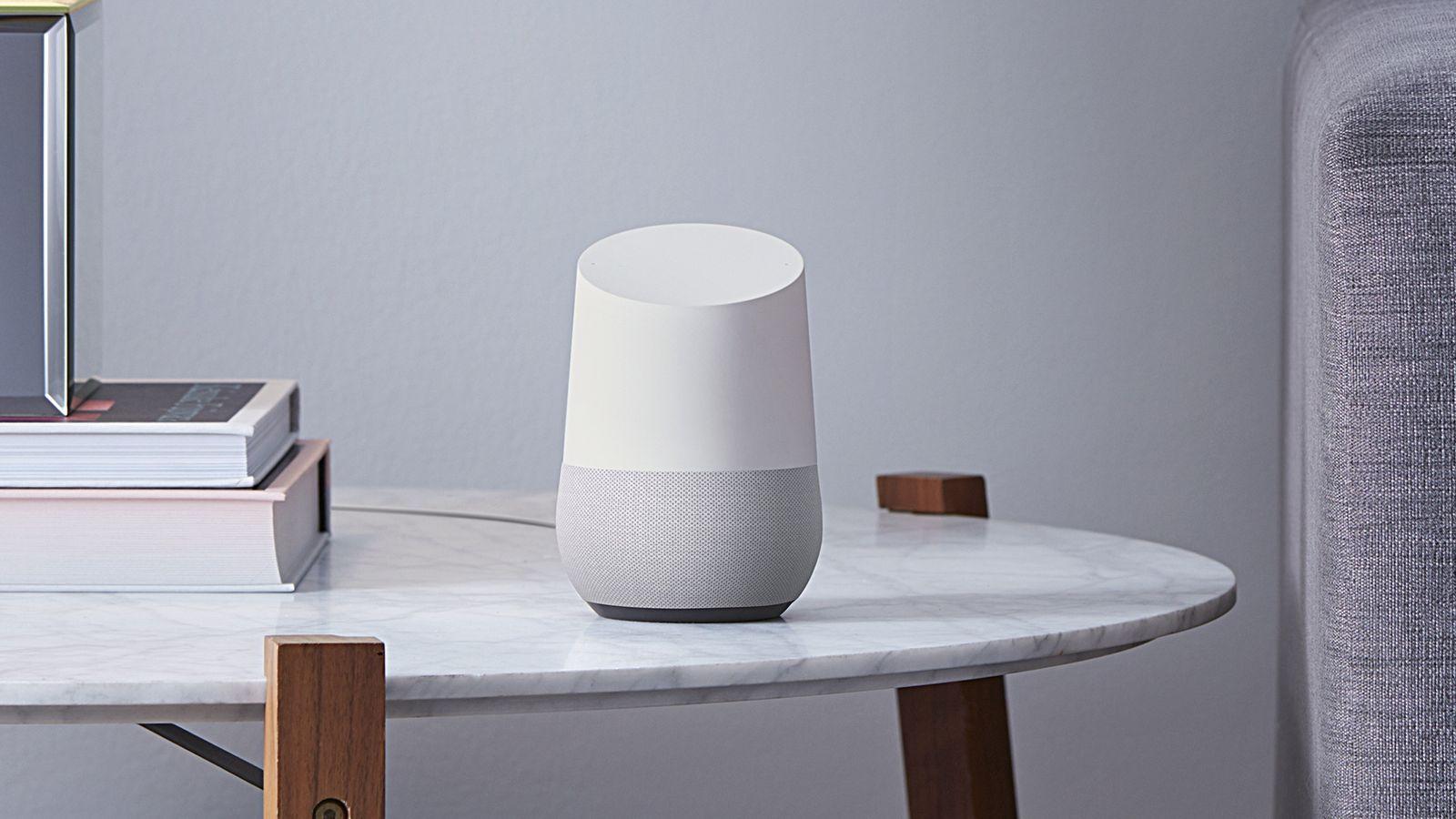 Google Home connects seamlessly with smart IoT devices so you can use voice to set the perfect temperature or turn down the lights.

Just as touchscreens introduced the pinch, finger scroll, and swipe, we’ll soon be introducing other ways of interacting with IoT systems. We can expect that hand gestures will continue to be used, but we’ll begin to see even more natural movements, such as tiny finger movements, as options for controlling devices in our environment. 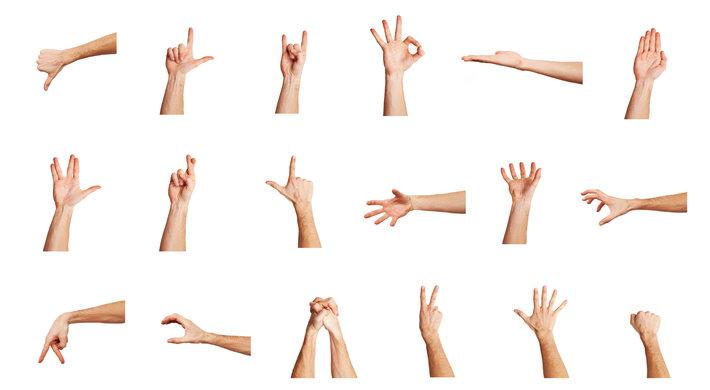 Google is already preparing for a future where hand and finger movements will control things in our environment. Its Project Soli is an interaction sensor that uses radar for motion tracking of the human hand.

IoT will no doubt be integrated with VR. With VR, our movements mimic those of the real world. Moving our heads up, down and around allows us to explore the VR world in a natural way. We’ll be able to control our environment through commonly used arm, hand, and finger movements.

Merging the VR experience with IoT opens up many new possibilities. Imagine an Amazon Go VR version—a self-serve grocery store in a VR world where a customer “walks in” and collects items into their virtual shopping cart by picking up their choices from the store shelves with natural hand movements.

For designers, feedback and confirmation are important considerations in this new paradigm as are many of the 10 Usability Heuristics for User Interface Design. Many of these “rules of thumb” will live on: 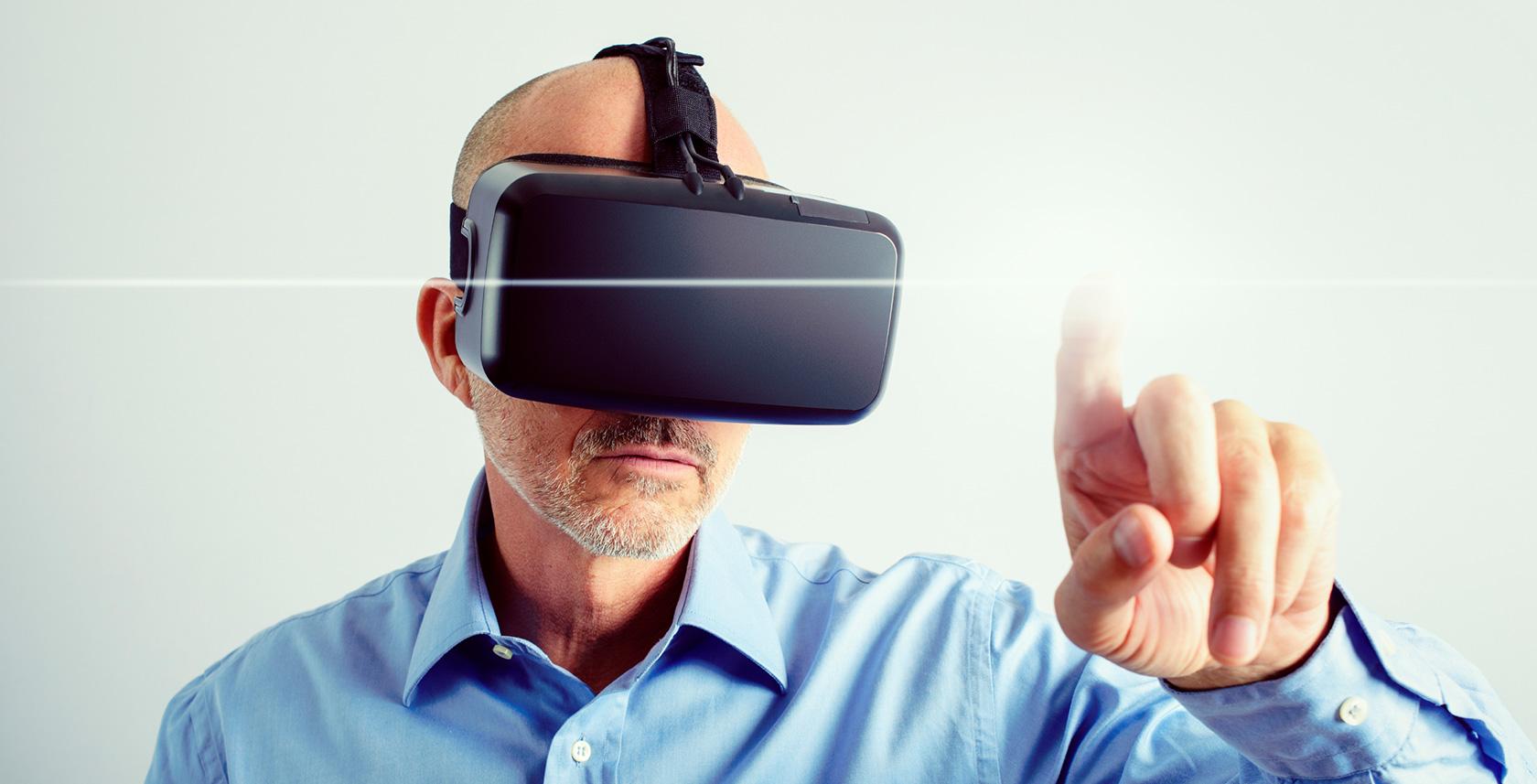 Voice will play a huge role. Even the act of walking will dictate some level of control. As these new controls get more refined and are adopted by users, they will become the standard by which we interact in this space, whether a screen is present or not. 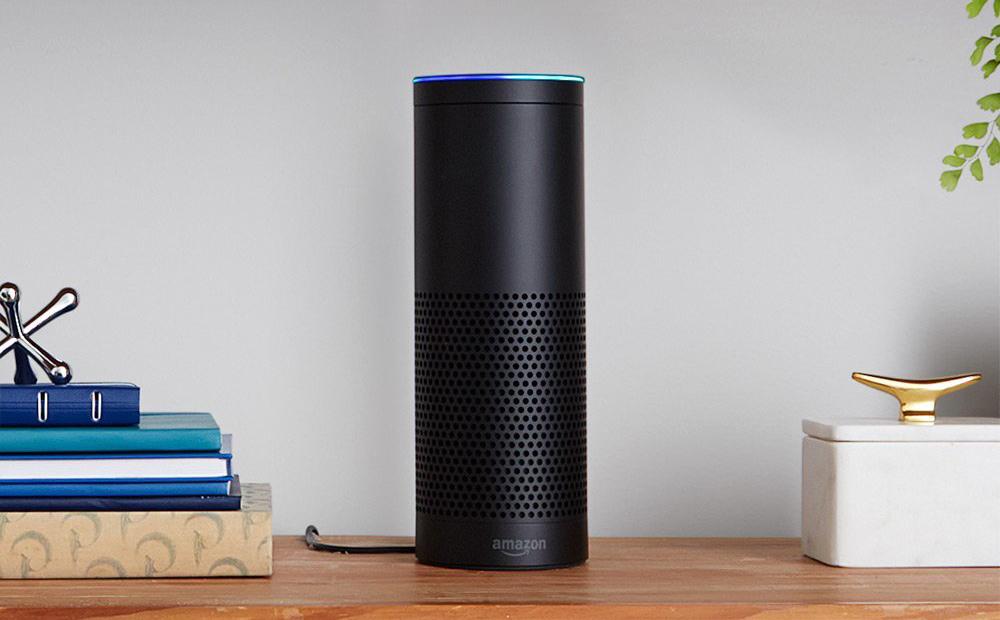 Using Amazon Alexa is as simple as asking a question. Just ask to play music, read the news, control your smart home, call a car…

What about other tactile, sensory or emotive inputs? How will emotions and physiology apply to this space? Designers must get ahead of this new paradigm or risk being left behind.

Myo lets you take control of the digital world from a distance via an armband.

It’s safe to say that, for example, things like the ‘menu’ in a user interface will in some shape or form always be a part of the experience. And just as we saw the introduction of the hamburger menu once mobile became ubiquitous, we’ll need to explore its evolution (or something similar) more extensively within IoT environments.

You need look no further than wearables like Samsung’s Gear S3 Watch to see how menu controls might evolve. 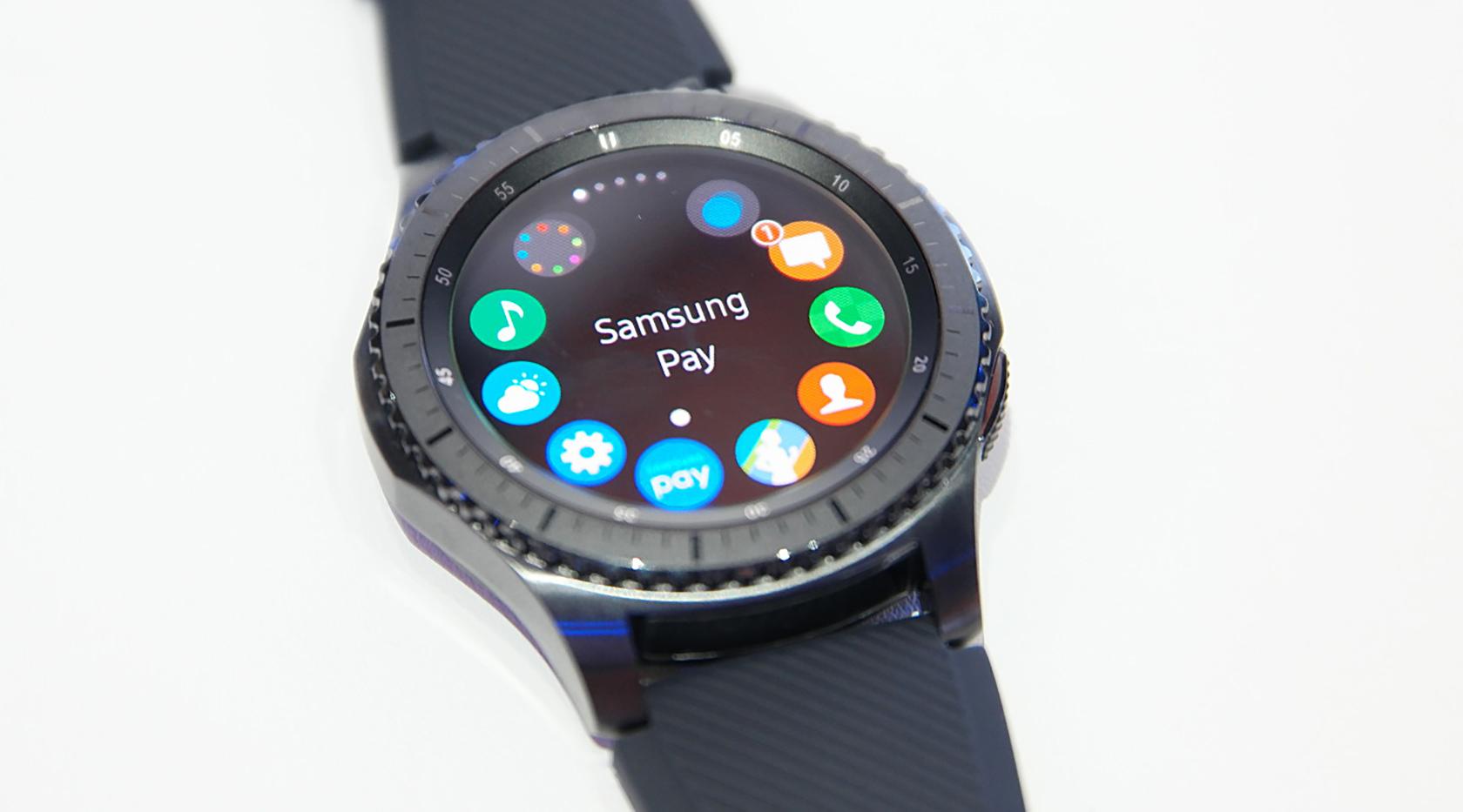 As we create the UIs of the future and new modes of interaction, we’ll need to make sure we keep in mind the users’ expectations. Designers will still need to follow usability and interaction standards, conventions, and best practices. By evolving from what is already known, the potential of new technologies can be harnessed—innovative UIs can be designed while still maintaining enough familiarity for them to be usable.

In the not-too-distant future, our daily lives will be imbued by micro-interactions as we move from device to device and UI to UI. There will not be just one, but many interfaces to interact with in a multitude of ways as people move through their day. An interaction may begin at home on a smart mirror, continue on a smartwatch down the street and on a mobile in a taxi, and then finish on a desktop at work. Continuity and consistency will play an important part.

As IoT continues to grow and evolve, we’ll encounter never-before-seen devices, new methods of interaction, and many varieties of associated UI. Those of us who design in these new environments will need to strike the right balance between the familiar and the new.

IoT will achieve mass adoption by consumers and businesses when products are easily understood, affordable, and seamlessly integrated into their lives. This means we need to expand beyond personalization, and begin to infuse context into the experience.

Designing for context has the potential to permeate experiences, making them more meaningful and valuable.

As we design contextual, holistic experiences that will harness the power of IoT, we need to understand that being inconspicuous, far from being a bad thing, may be the goal. When the IoT product knows you, knows where you are, and knows what you need, it will only make itself present as needed. Things will adapt to people, and before we know it, become fully integrated into their daily lives.

As we design UIs for this new paradigm, we’ll need to understand that the human-computer interaction will be dynamic and contextual—and it will change constantly. At times we’ll need to allow for controls, while at others the systems will simply relay data with notifications that are useful in that moment. Each view will be intelligently displayed in the context of that very moment via the most appropriate channel and device. This contextual design would be micro-interaction driven, timely, and purposeful.

One of the most promising characteristics of IoT is the ability to predict and adapt to situations. The old model of singular actions driving singular reactions is evolving at a rapid pace.

It’s going to be more about the output without much need for input. 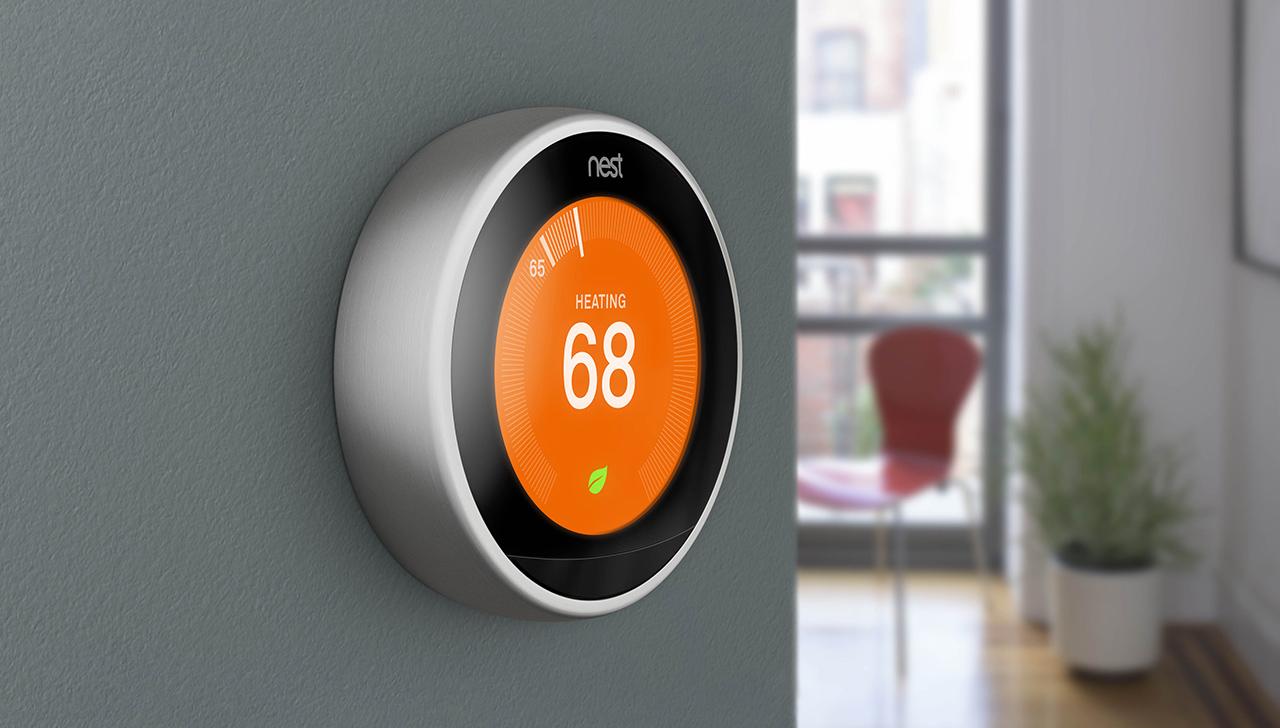 The Nest Learning Thermostat, an automated home climate control IoT system that adapts to its owners’ habits and saves energy in the process (photo by Nest)

We will be surrounded by a growing number of intelligent IoT systems that will automatically do things for us in a predictive manner. For example, after using it a few times, the Nest learns our habits and adjusts intelligently without us needing to get involved.

We’ll begin to see systems that will become increasingly predictive. A simple gesture, movement, or word will initiate a series of useful events. There will be a chain of events that aren’t initiated by people at all, because the system will learn and optimize its actions based on a treasure trove of data. These events could be initiated by a person’s proximity, the time of day, environmental conditions (such as light, humidity, temperature, etc.), and previous behavioral data.

More than ever, deep user research will play an important role in designing experiences that are anticipatory and contextual. Defining personas, observing user behaviors, and empathy mapping—just to name a few UX techniques—will become crucial in crafting sophisticated user experiences that will feel almost “magical” to people.

5) Most Importantly, Make It Useful! 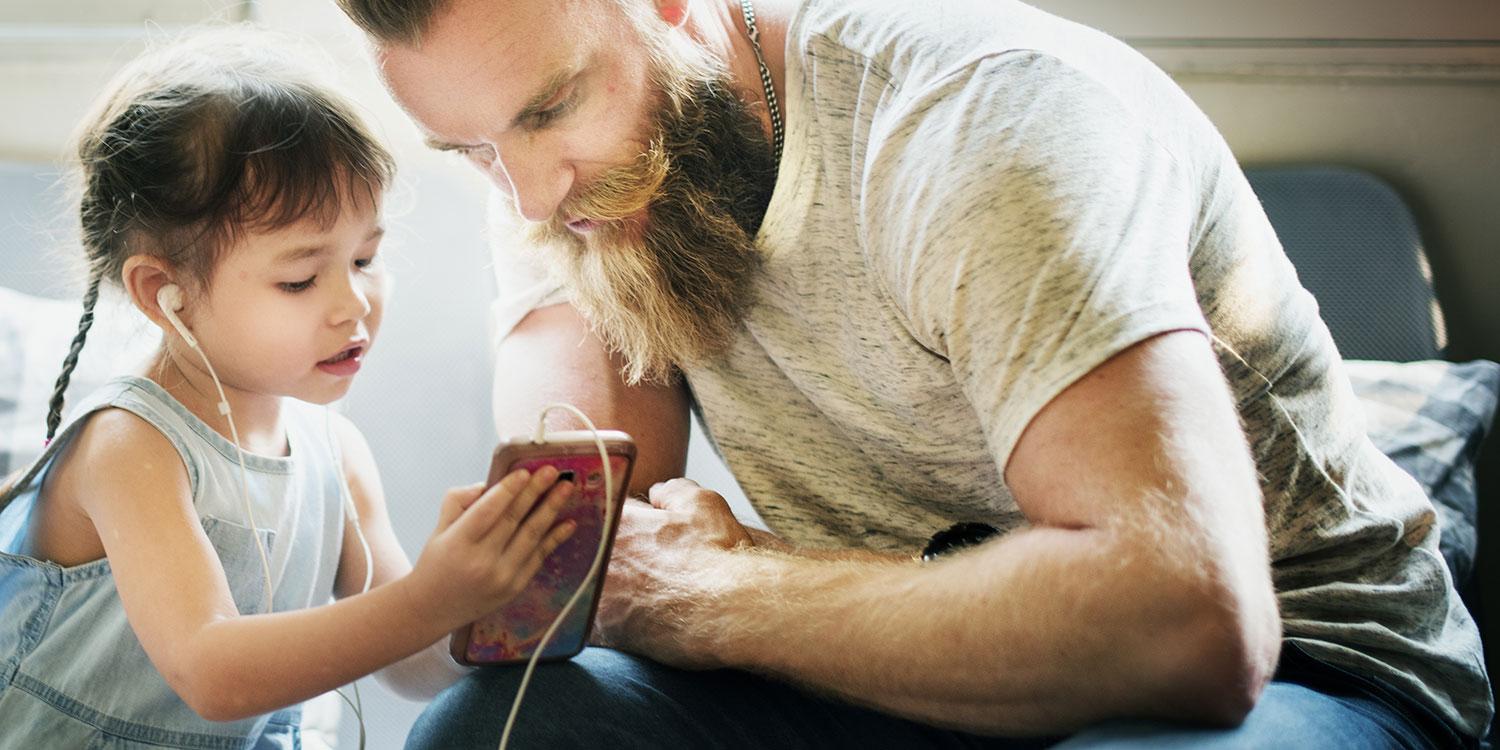 We’re seeing tremendous advancements in the field of IoT and the role that design will play in it is about empowering people in ways that were not possible before. The demand for deeply satisfying, quality experiences will increase with high expectations and standards.

While all of the above is important, we must never lose sight of the fact that it’s about making people’s lives easier. Designing “moments of delightful surprise” in this new paradigm—along with deep empathy for the user—is a skill designers will need to develop. As we look towards an even more connected digital future, connecting us to “intelligent things” in meaningful ways will allow for more efficient interaction, more productivity and, hopefully, happier lives.

Designers will need to design IoT-driven experiences that are contextual, helpful, and meaningful—optimized for people, not technologies.

The next step is for designers to become involved, and design the most seamless user experiences for the Internet of Things. Technologies must evolve into “optimizers of our lives.”

In other words, become useful for people.

Jobs from Indeed
jobs by