I have always been a go-getter. I remember always having my mind made up about what I wanted to do and went out of my way to go against the grain, maybe to be different, maybe to learn something; maybe it was just natural for me. For a while I could be defined as a “Black Sheep”, always taking a different approach to life’s challenges, never being “ordinary”.

I found myself thriving off of my individuality, being myself (which is talky, happy, excited and what I would define as an “idea person”). I was never overly popular, but the friends and connections I did make, I held close, creating lasting relationships to this day.

My dad was always a huge networker, I would watch him network his way into side jobs, being invited to events or even volunteering to maintain the connections he made, he was my first real introduction to networking.

This black sheep grew up to still be unique and “herself”, went through school, marks were OK, and then went to University.

Here I began to grow a network. Speaking to someone who knew somebody, I networked my way into working for the Alumni Office, then working in the fundraising department. From there I networked my way into a position as an MC and “jack of all trades” at a playhouse (this was my summer job during University). After three years of my undergraduate I found myself accepted to my Master’s Degree in York University.

On I went to the big city of Toronto. I thought it would be such a hard adjustment, not a small town, not a “who you know” kind of environment. I was wrong. I networked my way into lots of roles. Two memorable positions were a research assistant and a TA role. I even received appreciation during my Master’s degree, which focussed on Popular Epidemiology, in the book “Networked Disease: Emerging Infections in the Global City”.

And this is just the start of my adventure in Networking. 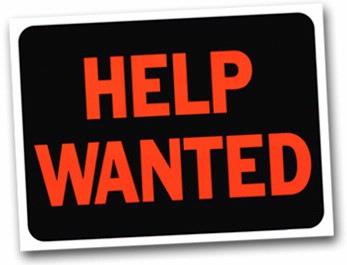 I soon graduated my Master’s Degree and moved to Australia. I loved it, what amazing memories I made there, as well as some great opportunities. I began volunteering at a grass roots organization but decided I wanted to make money; I walked across the street to a clothing store that had a sign in the window (Help Wanted). I spoke to the manager and asked if I could work there, she said yes but suggested that she should see my Resume as well. The next day I was hired as a retail assistant.

I had a job I liked; I even helped my friend get a job there too! I made some great connections with the company and was promoted to head office as a brand assistant for Not Your Daughters Jeans (http://www.nydj.com/). I travelled around Australia, made some great friends and had an amazing time, while gaining excellent professional experiences. In fact I still maintain contact with the people I worked with, maintaining these relationships is important.

I am now home in Canada, it was a big adjustment leaving +35 to -35 degrees Celsius, but I managed. Staying home was not an option for me, I needed work. I found work at a Call Centre, and it didn’t hurt that I had family who worked there. I worked that for about a year, constantly feeling I was not utilizing my degrees. I decided to reach out to the new Dean of my undergraduate degree to see if he had some input on the job market in Cape Breton.
The Dean and Cape Breton University

I had a meeting with the Dean, we chatted about my background, my history and what my skills were. I was then handed a course guide and asked to circle all courses I thought I could teach. Once I finished he said he would get back to me. A few days later I was hired as a contract professor for the Unama’ki College. I did that for three years!

Honestly, almost every job I have had I networked into it. Even the job I am at now, an informational interview led to the job interview.

Never be afraid to reach out and talk to people, be helpful, and be smart, be different, be you! You never know what opportunities are out there until you take a look.

Ashley Burke is the Owner and CEO of Run With It.  She currently works in the career development field and works hand in hand with recent graduates to help them in their job search.

Jobs from Indeed
jobs by